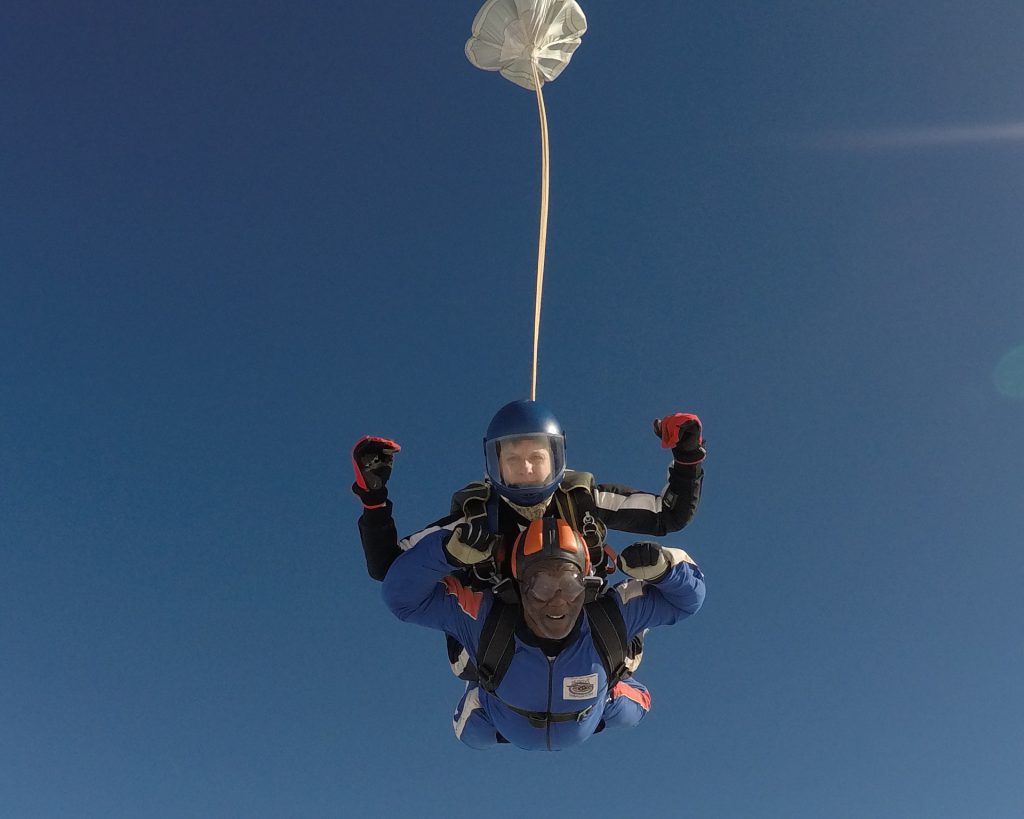 Our sales director has raised more than £2,000 for Bluebell Wood Children’s Hospice by taking part in a sponsored 15,000ft skydive.

Earl Robinson, 52, a director at our Tinsley Park Road-based firm, completed the sponsored skydive at Hibaldstow Airfield in Lincolnshire to raise cash for local charity, Bluebell Wood, after being inspired to tackle a fear of heights head-on.

It’s the second time one of our directors has taken part in a sponsored skydive for Bluebell Wood, after managing director David Clarkson completed a tandem skydive for the charity in 2015.

Earl, who has beaten his fundraising target of £2,000 following the event, said: “I was nervous before and part of me was scared to death – but I was very excited, and it didn’t disappoint.

“It was both the best and worst thing I’ve ever done and one hell of a rush of adrenaline. I can completely see why people do it as a recreation now.

“I would honestly recommend it to anyone – it’s the most amazing feeling. I’m very happy to say I’ve done it – it was an unbelievable experience, one which I will never forget.”

Jo Berry, events fundraiser at Bluebell Wood Children’s Hospice, said: “What Earl, and DBL Logistics as a business, have done for our charity is absolutely fantastic.

“We’re extremely grateful for the lengths (and heights!) that everyone at DBL has gone to for Bluebell Wood over the years, raising thousands of pounds through events and fundraising initiatives.

“We support children and young adults with life-shortening and life-threatening conditions, both in their own homes and at our North Anston-based hospice, and it costs us over £4million a year to keep our doors open.

“Funds raised by people like Earl doing such incredible things is a huge boost.  Many thanks to DBL Logistics for their amazing support.”