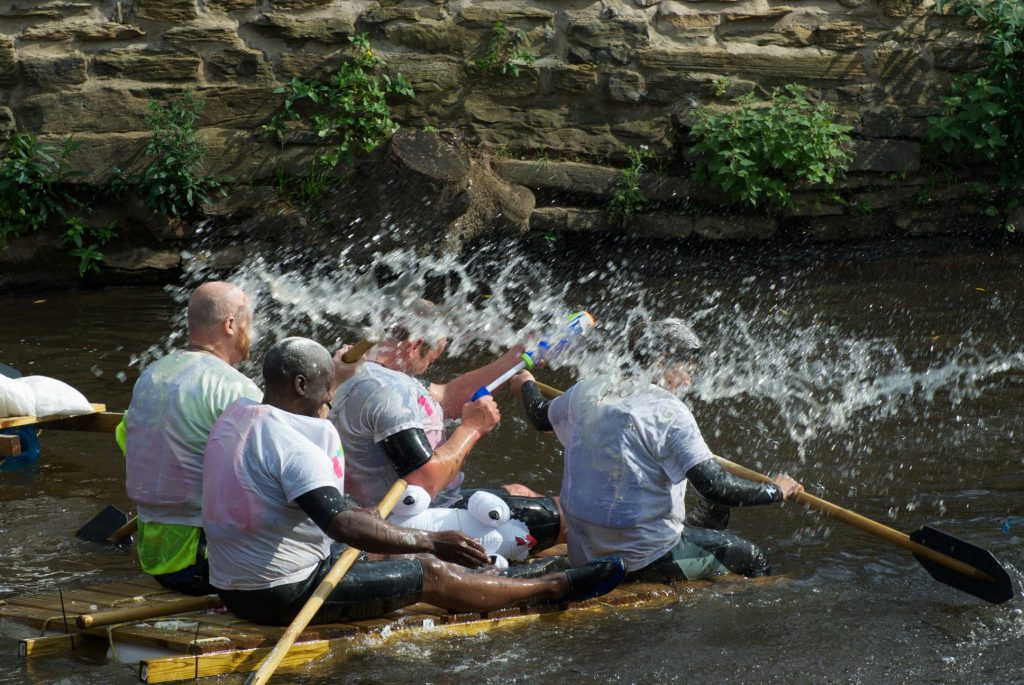 We raised money for our chosen charity Roundabout by taking part in the annual Kelham Island Raft Regatta.

The race, which was organised by Sheffield City Kayak Club, saw local businesses and groups go head-to-head in a race down the River Don in four-person rafts.

Team members Earl Robinson, Carola Logan, Stephen Goodwin and Dennis Hindmarsh took part in a specially-created DBL Logistics raft which had been developed to look like one of our distribution HGVs – and had flour bombs thrown at them by spectators – all for a great cause.

So far we have raised more than £150 for Roundabout, a local charity which we are proud to support who help homeless people aged 16-25, offering shelter and teaching life skills.

Earl Robinson, sales director at DBL Logistics, said: “The event was brilliant and is definitely something we will be doing again next year.

“The water was freezing, and we ended up drinking a lot of it, but it was a lot of fun and of course all for a great cause. Well done to Sheffield Kayak Club for organising such a great event.”