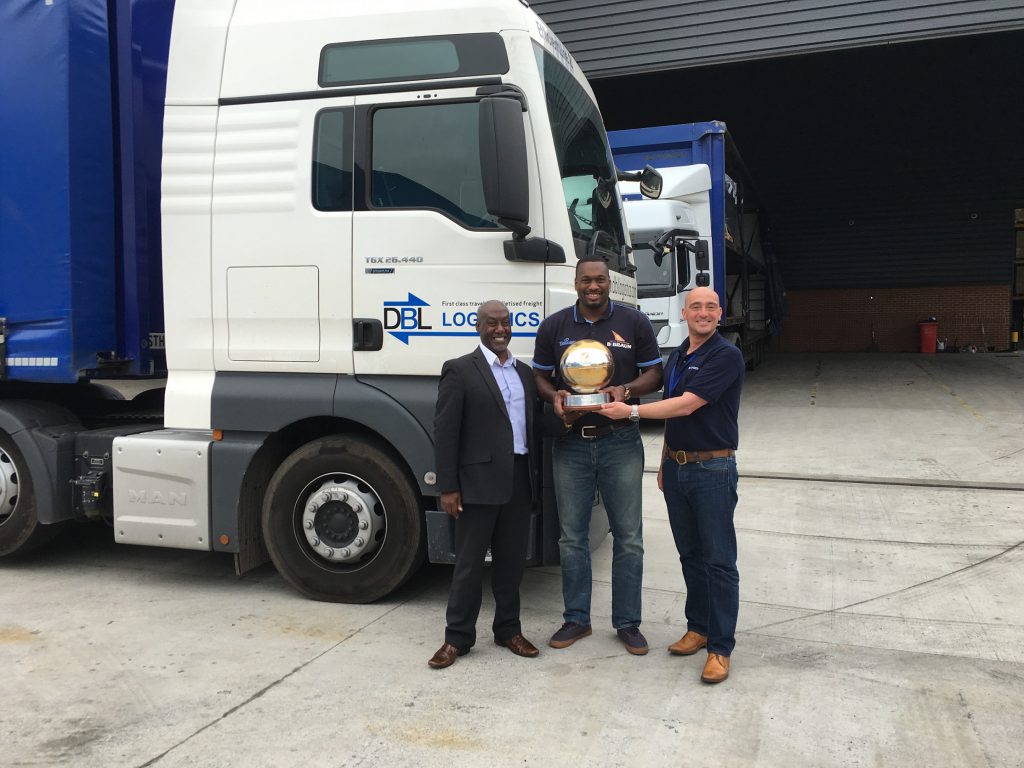 Originally posted on, May 2016

We’re pleased to announce that we are the new naming rights sponsor of the Sheffield Sharks.

The three-year-deal will see the recently crowned Molten BBL (British Basketball League) play-off final champions become the DBL Sharks Sheffield from the start of next season.

The partnership will result in a new team logo which will be used on both home and away jerseys. DBL Logistics were previously rear-of-vest sponsors of the Sharks, following a two-year deal which was agreed during the 2014/15 season.

Atiba Lyons, Sheffield Sharks head coach, said: “A strong team off the court gives us even more confidence to perform on it.

“DBL Logistics have been valued supporters of the Sharks over the past couple of seasons so I’m thrilled that they have taken this decision to work with our organisation even closer.

“We won the Molten BBL play-off final through a combination of hard-work, talent and organisation. These are the attributes the Sharks have strived to maintain over many years and they also embody what DBL are all about as a company. I’m confident we’ll have a very successful partnership.”

Our managing director, David Clarkson, said: “DBL Logistics is extremely proud to be associated with one of the British Basketball League’s most successful teams.

“The Molten BBL play-off final win was a fantastic way to end the season and we’re delighted to be stepping up our support of the Sharks as the team enters an exciting period in its history.

“As a business, we’re extremely proud of our Sheffield roots and we do all we can to support sport in the city. The Sharks did the city proud by bringing the play-off trophy back, and we’re excited to be a part of their journey as they continue to go from strength to strength.”