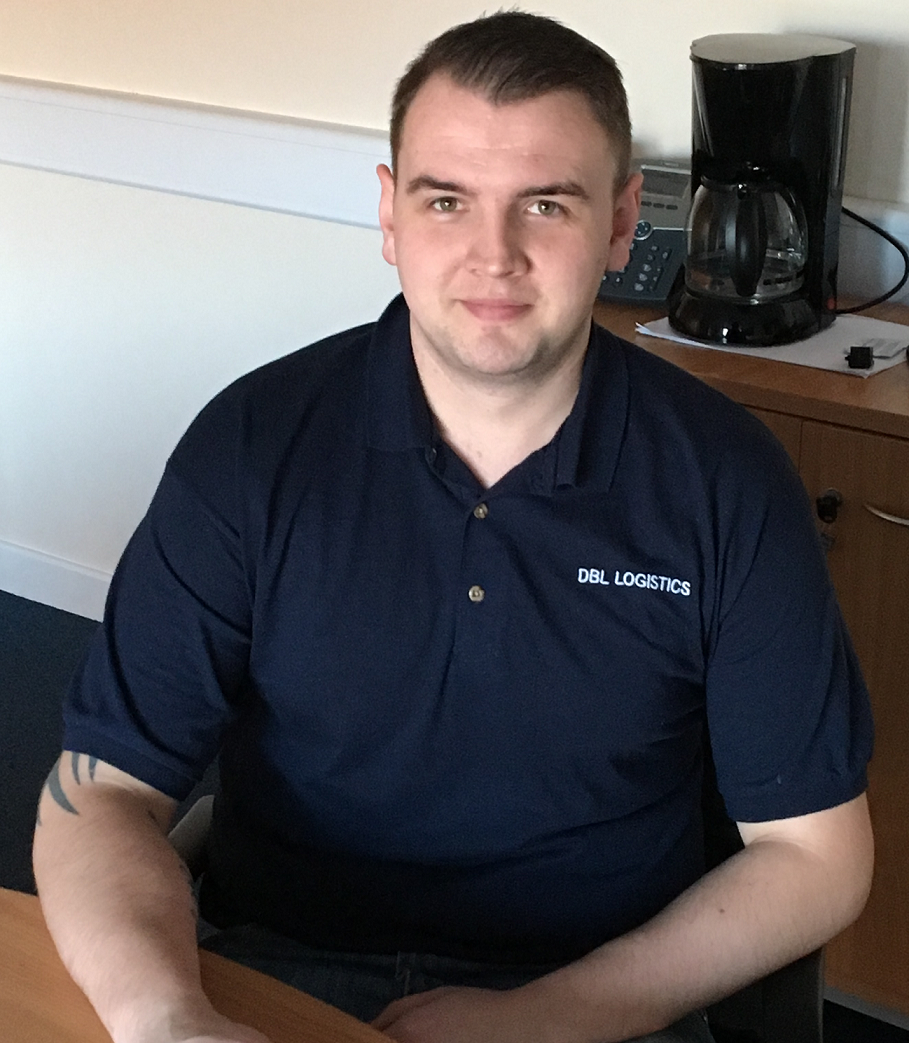 Adam Boyd, from Maltby, Rotherham, has taken up the role at our Tinsley Park Road headquarters and will be refreshing the systems throughout the logistics operation, helping take us further into the digital age.

Before joining DBL, the 26-year-old served for six years in the Army’s Royal Logistics Corps and spent six months in Afghanistan during 2009.

After leaving the army in 2012, Adam joined manufacturer & retailer Steinhoff UK (Bensons for Beds & Harvey’s) where he secured three promotions in three years, working his way up to Transport Manager.

Adam said: “I’m really excited to start at DBL and I’m looking forward to working for such a reputable business. I love the family feel at the company as well as the ambition the firm has to expand and grow.

“My time in the Army has shaped who I am today, it was different to anything I have ever experienced – especially my time in Afghanistan. I hope to be able to transfer the skills I have developed in my career to date across to DBL.”

Our MD David Clarkson said: “Adam is an enthusiastic and a well-skilled addition to the team and we’re delighted to welcome him.

“He brings with him an impressive CV and a wealth of experience despite his relatively short career to date. Adam has started at an exciting time for DBL, and we look forward to working with Adam in 2017 and beyond.

We began life as Yorkshire Distribution Service more than 30 years ago, after being established by husband and wife Bert and Linda Clarkson. Linda and Bert’s son and current managing director, David, joined in 1987, thus completing the company initials.

We currently warehouse and distribute more than 120,000 pallets of goods across South Yorkshire and the North Midlands each year, are a founding member depot of the UPN (United Pallet Network), and recently became the first member depot to win the UPN’s prestigious platinum status for the fourth consecutive year.