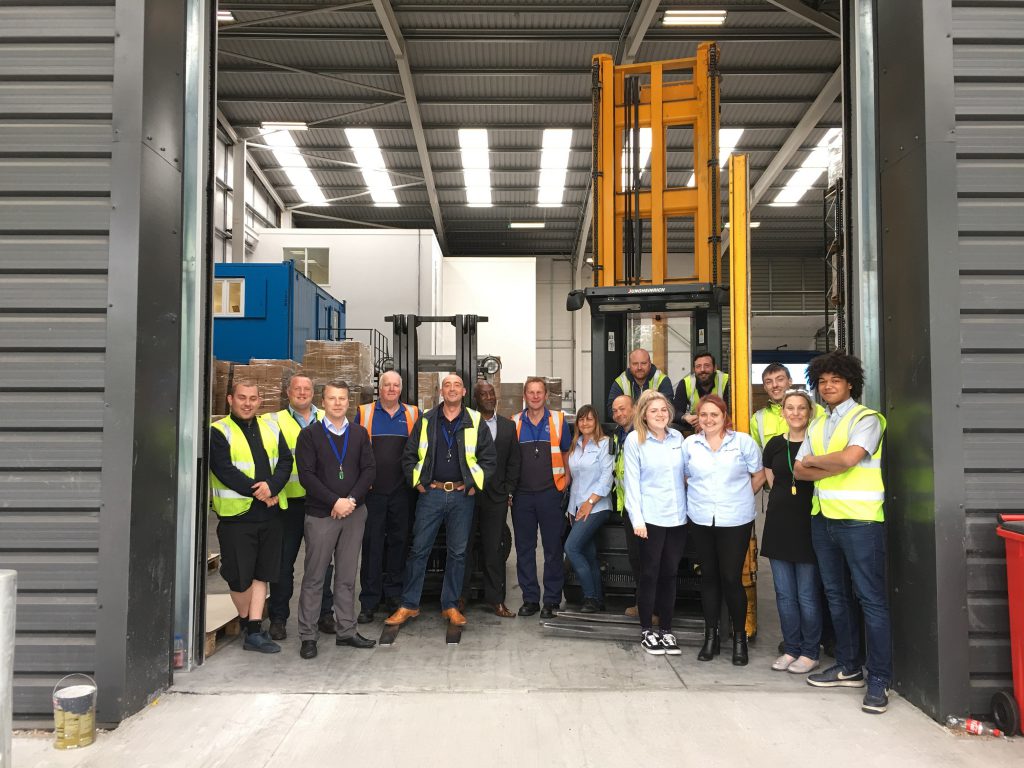 Originally posted on, May 2016

We are delighted to announce that we have completed the second phase of our expansion.

Following a £340,000 investment, a new loading bay and parking area has been created at the rear of our depot on Tinsley Park Road.

The development has increased our capacity by one third, which will allow for a planned increase in fleet size over the next few years.

The expansion comes less than three years after phase one of our expansion, which saw us move into our flagship £2million 33,550sqft Huntsman Depot.

Managing director, David Clarkson, said: “We have filled our depot quicker than we ever expected since our move here in October 2013, which shows a growing demand for our services.

“This significant investment will play a key part in our growth strategy and future plans.”

Current financial year projections show a further revenue increase of 9%, compared to 2015. Staff numbers have risen from 28 to 38 in the past 12 months.

We secured a £300,000 finance package from HSBC to complete the work. The development was the work of Sheffield architects SLA Design.

Brett Simpson-Lyons, Partner at SLA Design, said: “It has only been a short while since DBL Logistics completed the first phase of the main warehouse.

“The speed at which phase two was commissioned demonstrates the shear pace and strength that the company continues to grow at.”