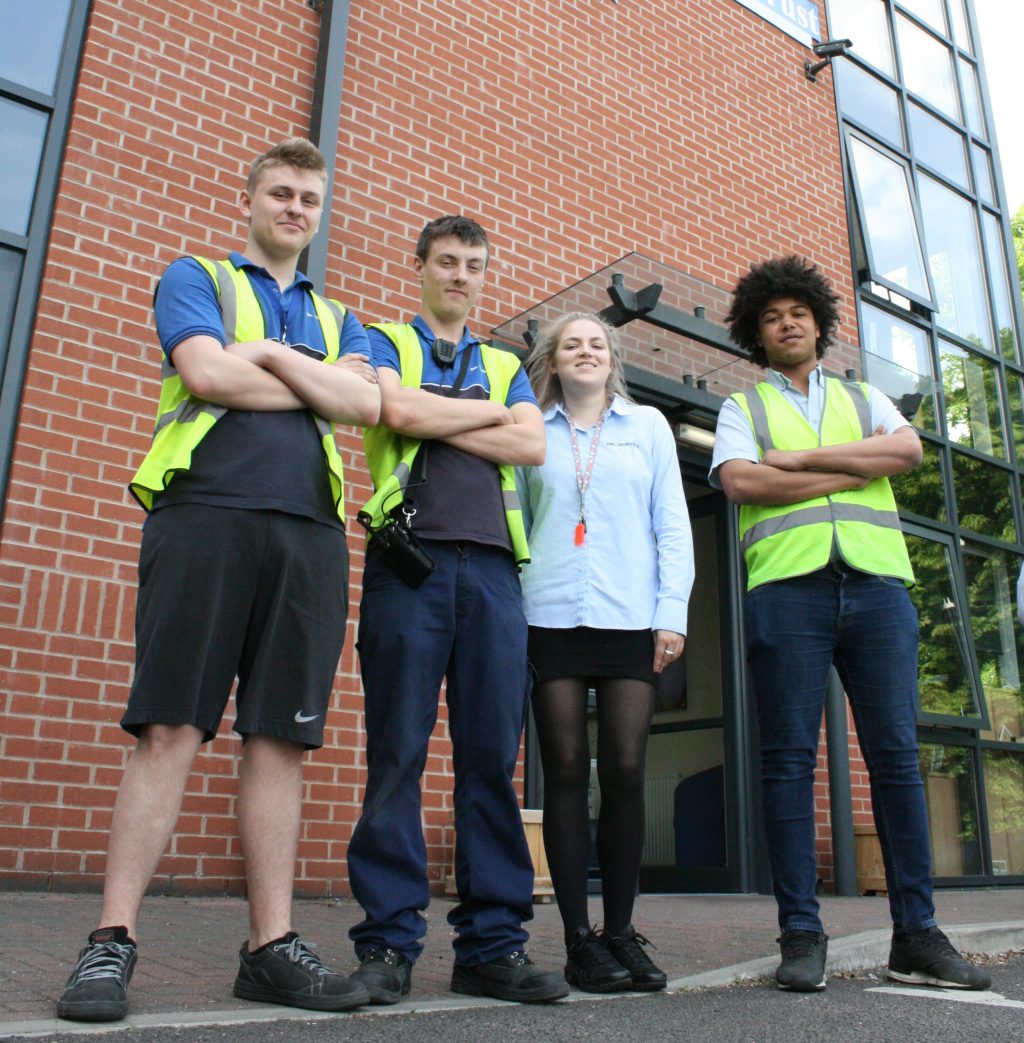 We have placed faith firmly in local young people by providing a variety of apprenticeship schemes.

Apprenticeships run at our Tinsley Park Road-based depot in the Lower Don Valley area of Sheffield have seen four young people land jobs with our leading Sheffield City Region firm, with more to come in the near future.

Our 20-year-old junior accounts assistant Daisy Ryall, from Sharrow, is currently in her second year of a Level Three AAT at The Sheffield College City Campus while working four days per week at DBL. Daisy was also shortlisted in the Sheffield Apprentice of the Year category at the North Midlands and South Yorkshire Apprenticeship Awards 2017.

Joel, who had secured a place at college before instead choosing DBL, said: “I’m glad I made the choice to come here. I actually arrived late on my first day so I didn’t expect to get this far! But working for DBL has been fantastic for me, both personally and professionally.

“I picked everything up quickly and am now an integral part of the traffic team. From day one, it was a welcoming and fantastic atmosphere in which to learn.”

Daisy, who works in the finance department, said: “After my A-Levels I decided to look into apprenticeships instead of going to university. I really enjoy working at DBL and I’ve received so much support.

“Everyone genuinely has an interest in how college is going, making sure I can put into practice the topics I am currently learning. The apprenticeship has been the perfect for me.”

Fellow apprentice James Vernon also spoke highly of the firm. He said: “Working for DBL has been fantastic. I’ve been here around two months now – I do bits of everything and it’s all been fantastic experience. I’m hoping I can continue here for the foreseeable future.”

David Clarkson, managing director of DBL Logistics, said: “At DBL we’re always looking to blood new talent and we’ve been delighted by the progress made by Daisy, Harry, Joel and James in the time they’ve spent here so far.

“We feel it’s crucial to not only give youth a chance but also involve more and more young people as they bring so many innovative, interesting, fresh ideas to the team. I’d like to thank all our apprentices for their hard work in their time here so far – here’s to many more years to come.”