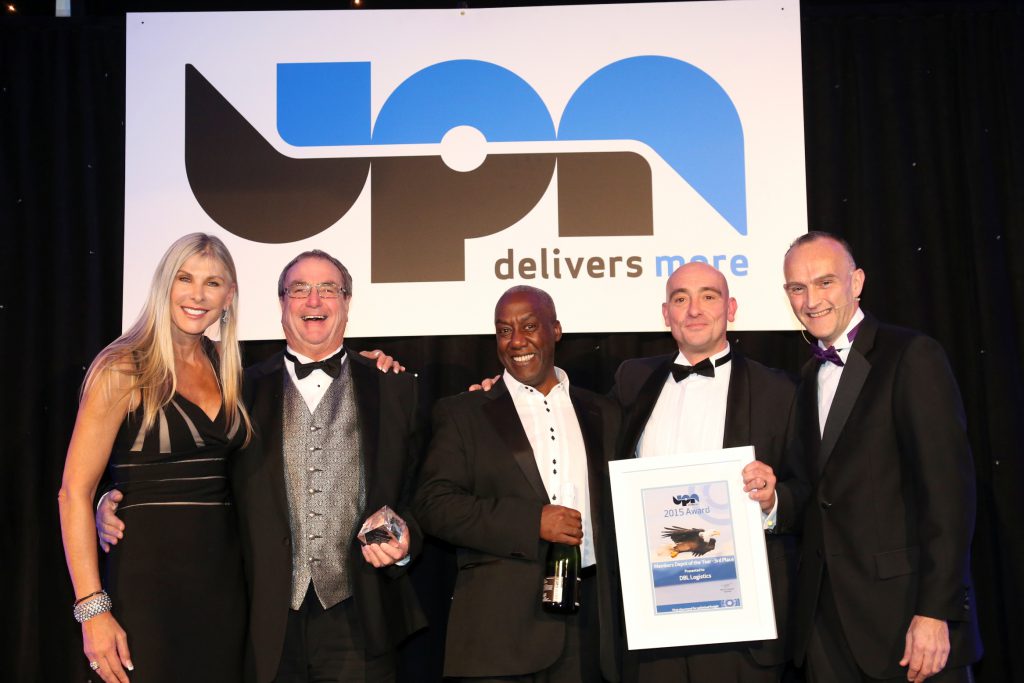 We have been recognised for our overall service to the United Pallet Network (UPN) with a third consecutive platinum award.

DBL Logistics also became one of only two depots throughout the UPN network to achieve platinum member status for three years running.

We were also awarded third place in the coveted Members’ Depot of the Year award at the UPN annual awards ceremony which was held at the East Midlands Conference Centre in Nottingham.

Managing director David Clarkson said: “We are extremely proud to have retained platinum status for the third consecutive year, and this reflects the high standards of service that we pride ourselves on throughout all aspects of our business.

“There are more than 85 depots throughout the whole network, so it is a tremendous achievement to be one of only two depots to achieve this feat.

“This recognition tops off yet another hugely successful year for DBL Logistics. We expanded our depot for the second time and this has allowed us to deliver a higher volume of consignments in and out of the UPN network on a daily basis.”

David Brown, Managing Director of UPN, said: “The team at DBL Logistics are providing a superb service as part of the UPN member network.

“DBL Logistics are a tremendous example of the collaborative power of the pallet network system working at its best. I would like to congratulate David Clarkson and everyone at DBL Logistics for their achievement in gaining UPN platinum member status for the third year in a row.”