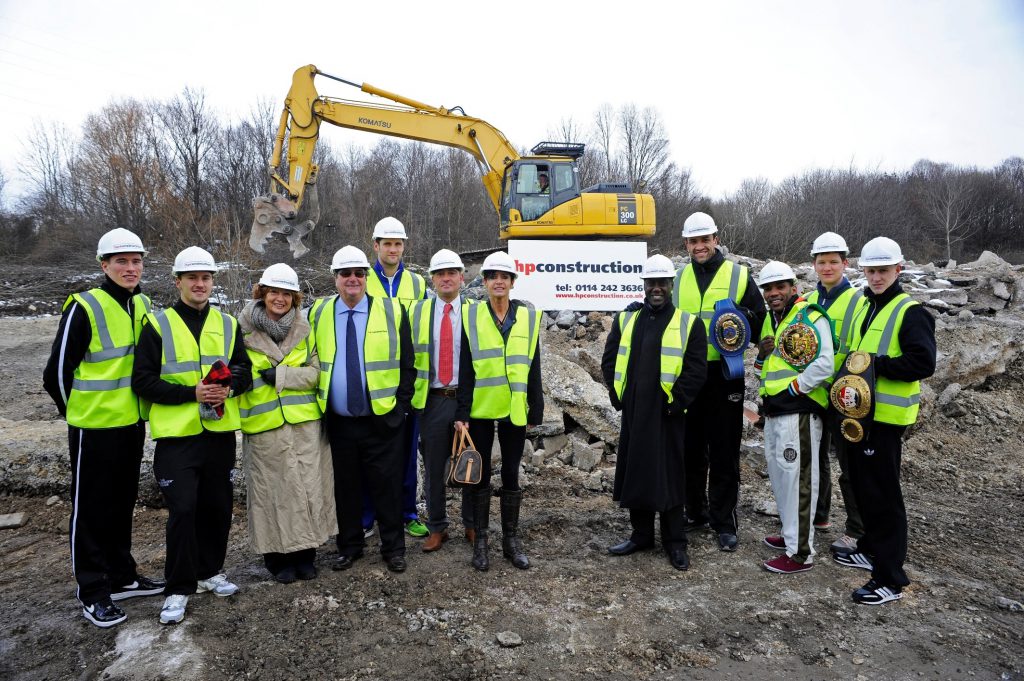 Sheffield’s position as a key location within the UK logistics and haulage industry has taken a step forward with the opening of a new £2million warehouse facility.

DBL Logistics has officially opened its new 33,500sqft flagship warehouse and office building on Tinsley Park road in the city.

The new facility has been named after Benjamin Huntsman, who was the inventor and manufacturer of crucible steel, as the DBL Logistics site is located where on of his former factories was once stood.

DBL Logistics’ Huntsman Depot was opened by managing director David Clarkson along with key members of the Clarkson family, partner businesses and customers.

Sheffield professional boxers David Howe and Sam O’Maison, who are sponsored by DBL Logistics, were also in attendance.

Started by husband and wife Bert and Linda Clarkson more than ten years ago, with son David joining the family owned business and completing the company initials DBL, the company currently employs 23 staff and has an annual turnover of more than £3.5m.

David Clarkson, managing director of DBL Logistics, said: “The Huntsman Depot will be our first independently owned building since we launched the company.

“This official opening is therefore a landmark occassion for us. It will double our capacity to 6,000 pallets and support the company’s continued growth. We have further plans to expand the site by another 16,500ft in the future, so this is a really exciting time for us and the logistics sector in the Sheffield City region.”

Linda Clarkson was unable to attend the event due to illness, but a plaque marking the official opening was unveiled in her honour at the Huntsman Depot.

As part of the investment, DBL Logistics has increased its fleet of vehicles from 15 to 25, added two new staff and installed a 100 percent accurate warehouse management system from Clydebuilt Business Solutions Ltd.

HSBC Bank provided a £1.8million finance package to DBL Logistics to support the development, while local architects SLA Design and HP Construction helped complete the build of the new site.

DBL Logistics’ Huntsman Depot will be a flagship site within the United Pallet Network (UPN), which consists of more than 60 member depots which collects and delivers freight from across the UK and Europe.