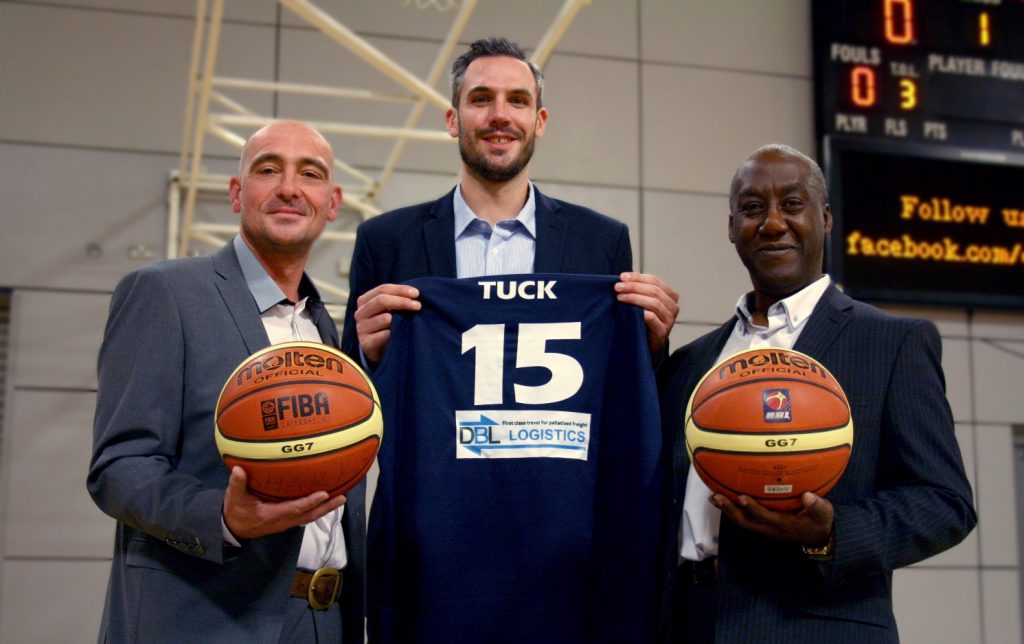 The company has agreed a two-year deal to become the rear of playing vest sponsor of the Sharks home and away kits.

The partnership was confirmed at the Sharks home venue, the English of Institute of Sport – Sheffield, when Sharks chairman Yuri Matischen, club captain Mike Tuck and other members of the Sharks playing squad met with DBL’s managing director Dave Clarkson and sales director Earl Robinson.

Dave Clarkson said: “DBL Logistics is proud to be associated with one of the British Basketball League’s most successful teams.

“We are delighted to show our support to another successful Sheffield-based family club, and this sponsorship will further enhance the profile of our business as we continue to grow year on year.

“We wish the Sharks all the success and we look forward to being there with them every step of the way.”

Added Dave: “We are proud of our Sheffield roots and we do all we can to have a postive impact on the local community.

“A key attraction for DBL was the way the Sheffield Sharks are steeped in community delivery and their work with young people in education and social exclusion projects.

“I became a basketball fan as soon as I experienced a live Sharks game. My family loved the fun, informal and friendly environment at EIS Sheffield alongside the brusing, high-paced action on court.”

Sarah Backovic, Sheffield Sharks managing director, said: “We are extremely pleased to have secured DBL Logistics as both our exclusive logistics suppliers and latest shirt sponsor.

“We are delighted to have the support of DBL for the next two seasons, and having the commercial boost of another long term sponsor behind us is great news for the club.

“DBL Logistics represent a great Sheffield success story, and this illustrates the quality of partnerships that the Sharks work hard to maintain.”

The Sharks are celebrating their 20th year in the British Basketball League and play their home fixtures at the English institute of Sport – Sheffield. The club has won 13 titles in its 20 year history and is one of the league’s most successful franchises.