Blades on the right route with DBL Logistics

Blades on the right route with DBL Logistics 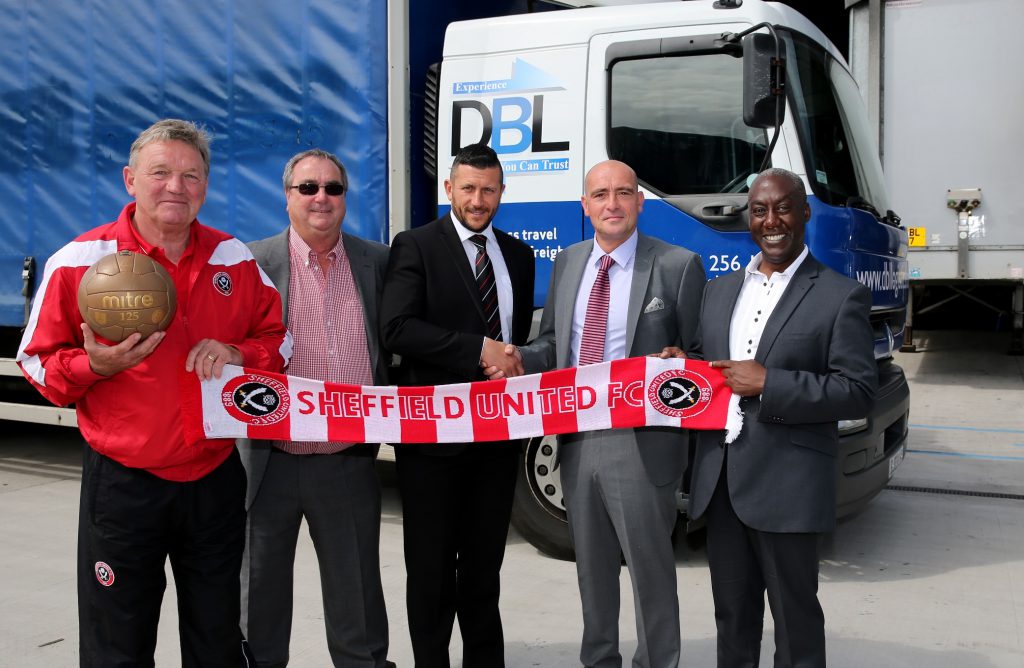 We are delighted to announce DBL Logistics as Sheffield United’s latest major sponsor.

DBL Logistics has agreed a two-year deal to become the back-of-shirt sponsors of the Blades new adidas made home and away kits.

The partnership was confirmed at our new distribution and warehousing facility onTinsley Park Road, when Bramall Lane legend Tony Currie and the Club’s Head of  Commercial Paul Reeves met with the DBL founder Bert Clarkson and its management team of  Dave Clarkson, Earl Robinson – all passionate Blades fans.

It comes shortly after the Blades announced adidas as United’s official kit supplier in a four-year deal.

DBL Logistics managing director David Clarkson said: “This is a very proud day for me and my family to be associated with the Blades in such a significant way. The sponsorship will further enhance the profile of our business and contribute to our planned expansion.”

Blades’ Paul Reeves said: “This is another commercial boost for the Club following on so quickly from the news that adidas are our new official kit supplier.

“DBL is an emerging force in the logistics sector and we are delighted to establish a long-term relationship with their team,” added Paul.

DBL Logistics, which began life as Yorkshire Distribution Service, was started by husband and wife Bert and Linda Clarkson more than 30 years ago with son David joining in 1987 to complete the company initials.

It is a founding member depot of UPN (United Pallet Network), which has more than 70 depots throughout the UK and delivers into 26 countries across Europe.

UPN, established in 2001, has a national network of member depots which collects and delivers freight from across the UK and Europe, before transporting it to a central hub in Staffordshire.

Employing 27 people, DBL Logistics has seen a rapid growth in turnover which it aims to double by 2018.  It recently became the first warehousing and distribution company to become a Member of the Logistics Hub UK partnership, which seeks to establish the Sheffield City Region as the North of England’s leading multimodal logistics location.